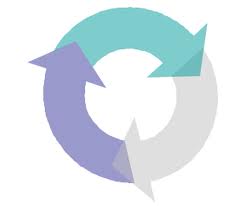 It Has Been Too Long Since This Machine Replicated

This article is similar to the link below, read this page and then read
http://www.techieshelp.com/active-directory-replication-issues-after-timesync-problems/

Had this issue yesterday with a client even though the server had only been in a week or two. Its your standard issue where your domain controller has lost contact with other /  another domain controller and as its been so long its passed the tombstone date so it will not replicate without intervention.In the event logs you will most likely see the errors below.

Event ID 2042:
It has been too long since this machine last replicated with the
named source machine. The time between replications with this source
has exceeded the tombstone lifetimeandEvent ID 2089:This directory partition has not been backed up since at least the following number of days.

We need to get replication running across the controllers again, the quickest way is with a simple reg entry on the effected servers.

OK so lets say you have two dc`s like I did, you need to do the following to them.

First we need to run regedit.

Now go to active directory sites and services, browse down to Default First Site Nme > Servers>Your Server Name>NTDS Settings , right click the connectors on both servers and replicate.You should now see a message saying replication has been successful