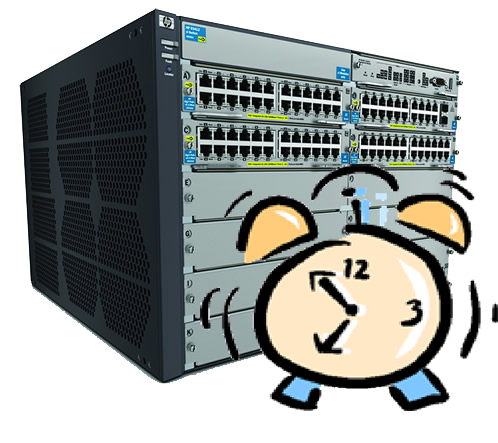 Out of the box the procurve e-series switch is not set to synchronize its internal clock with a time server. We can enable this with the commands below and even set the switches time zone. This can be useful if you use a management app to check the logs of your switches, this means the logs will be in sync with your logging or snmp server.

The first thing we need to do is tell the switch what time protocol we are going to use. We will use SNTP.My switch is called TechiesSwitch.First going into configuration mode.

Then we issue the command to use the SNTP protocol

We now tell the switch that it is going to be using a single server as its time server.

We now need to tell the switch which server to use. Even if you only use one server you MUST STILL specify a priority. For example.

If you use more than one server simply increment the priority.

To set the timezone of your procurve switch we use the following command. The base zone is GMT, so if you wanted madrid you would +120 for 2 hours or -300 for new york

You can now configure sntp on your procurve switch