Microsoft have recently released the Exchange 2013 deployment tool that will answer most questions on your deployment. Give it a go.

Please note with Exchange 2013 SP1 is that it brings back the Edge server role that was in Exchange 2010, this is great for isolating spam before it hits your network and setting various transport rules such as creating a catch all mailbox.

Exchange 2013 Cu1,Cu2, Cu3 and SP1 are actually full installs of Exchange 2013, I have wrote an article on upgrading to Exchange 2013 CU1 here, however all service packs install the same, so if you already have Exchange 2013 then use that guide to upgrade. If you are starting a new Exchange 2013 environment  I recommend you use the latest version which is currently SP1.

The hardware requirements vary depending on where you are going to install the Mailbox or CAS roles or whether the server is physical or virtual. Review the official Exchange 2013 Requirements here.

Before you start the install you need to install the Unified Communications API 4.0. Get this here.

Exchange 2013 requires that your server run various roles before it will even install, copy and paste the following into power shell to install all the required roles.

Then reboot the server.

We now need to first prepare and update the schema on your network for Exchange 2013 so browse to where you have extracted 2013 and run the commands below.

We are now ready to run setup, do so.

After running the setup.exe you are presented with this screen ( click to zoom).

Download the updates, it may save you time later if the install fails because you do not have the latest updates installed. 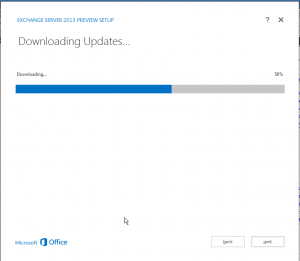 Once the server downloads its updates it will then copy them in preparation for its install. You will see the introduction screen, click next Then simply accept the license and continue by clicking next. 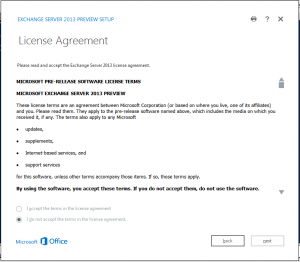 Today we will just be doing the standard recommended install.Then click next to continue 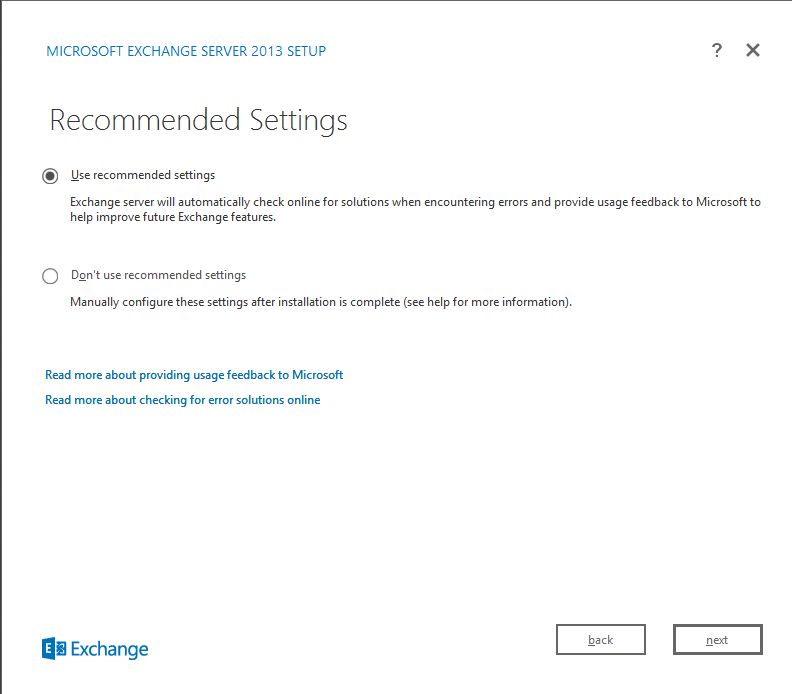 Your first main choice is what exchange 2013 roles you will require, ( you will notice the Hub role no longer exists )  if you are doing a larger scale server exchange install then you would build a CAS server for authentication then install the mailbox roles on as many servers as you require to hold mailboxes for load balancing and performance.My environment does not require this so we will install all roles on one server. You will also notice the box that mentions “Automatically install any server roles that are required”. Leave this ticked as this install and configures all the prerequisite roles required for exchange 2013 such as IIS and .Net 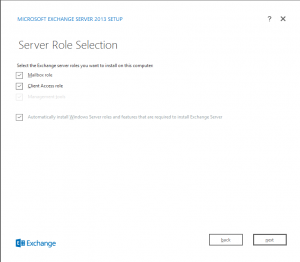 We next need to decide where we will install exchange 2013, I normally install exchange on a drive that does not house any OS installs, and the datastores on another drive. You can install exchange 2013 on the C drive with no problems what so ever providing you have plenty of space, if its a busy server you may need to move your QEUE folder, I will show how to do this in a later article. The exchange 2013 install takes roughly 5gb. 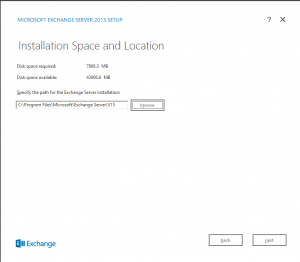 Next an important decision, make sure you select a suitable name for your exchange 2013 organization. Make a note of the option to setup split permissions. In a live large environment you may want to enable this so that you can give Exchange Administrators different levels of administration privileges. 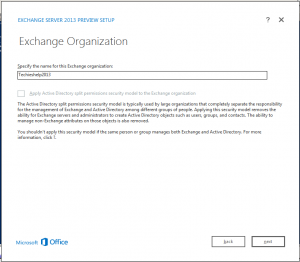 Exchange 2013 has inbuilt malware and spy-ware scanning, previously you had to enable this with some powershell after the install, here you get the option to enable it automatically. 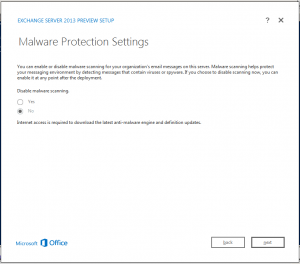 Exchange 2013 with now go away and install the prerequisite roles.It also if required updates the schema of active directory. This may take some time so if you can, grab a coffee. 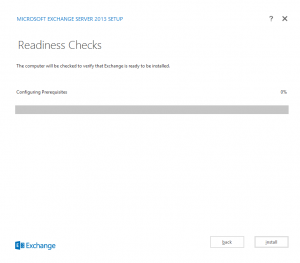 Exchange 2013 will now go away and install itself. You can see the progress in steps. The process is complete after step 15.This again may take upwards of 30 minutes depending on your server. 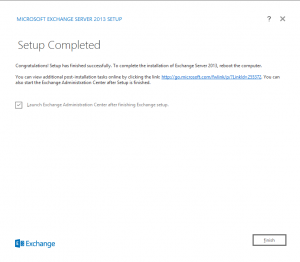