Here we will go though installing Office 2013 also known as office 365.If you run an earlier version of Office, such as Office 2007 or Office 2010 the process wil also upgrade you to Office 2013.

Once you insert the office 2013 DVD or mount the downloaded ISO, you will see the option to run the setup.exe. Do so.

Then simply pop a tick in the accept license conditions and click  continue. 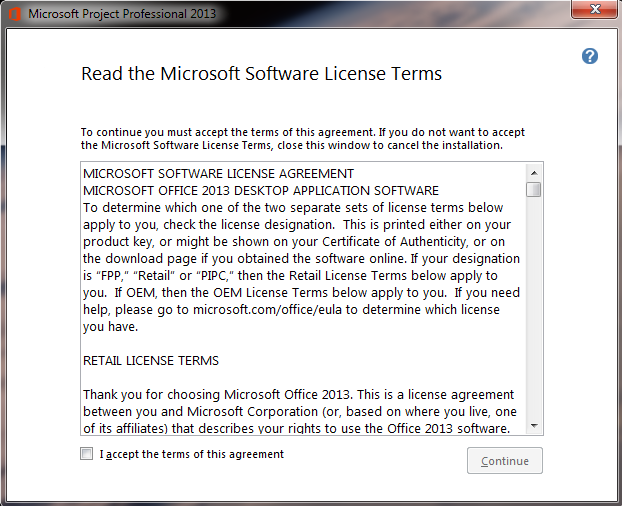 You now get the option to run the default install or a custom install as seen below. 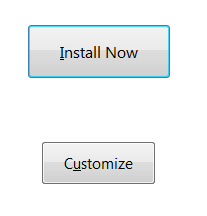 If you already have an earlier version of office installed you get the uption to upgrade, if you do you also get the option to keep both versions installed, in my situation I am removing the previous version and upgrading to the later version as you can see below. 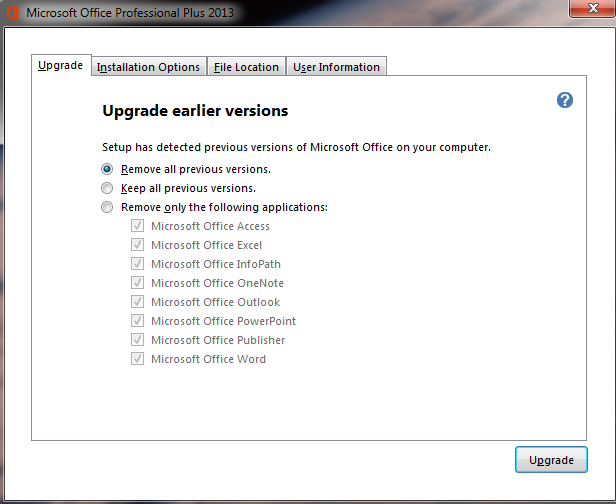 On the installation options screen if you select the top Microsoft Office option can can select to run from DVD are run all from computer, you can also select what applications you would like to install, I have selected to run all apps from my computer and install all the apps. 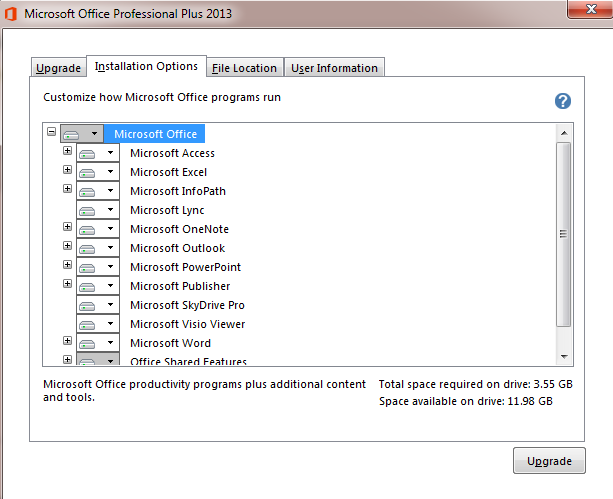 The file locations tab simply allows you to select what drive you would like to install office 2013 on.

The final tab is user information, enter you initials and company name. These will be used when documents are created in office 2013.

If you are upgrading office 2010 to office 2013 you can click upgrade or if it is a new office 2013 install the option will say install.Click it. After the install has completed you will see this screen,as you can see you get the option to sign up for Skydrive if you are interested in storing your documents online the installation of Office 2013 is now complete 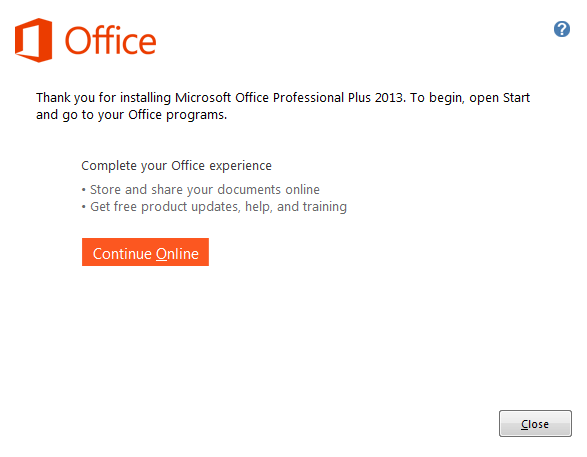