Written by Allen White on September 7, 2012. Posted in General

Had this issue on a new out of the box server. The server was hardware assembled, processor fitted. Then when I powered it on, I received the following error.

254 – Processor Power-on Failure: Processor 2 failed to power on.
Action:Pwer cycle the system. If this does not work then reseat the processor.
If the issue persists, contact HP 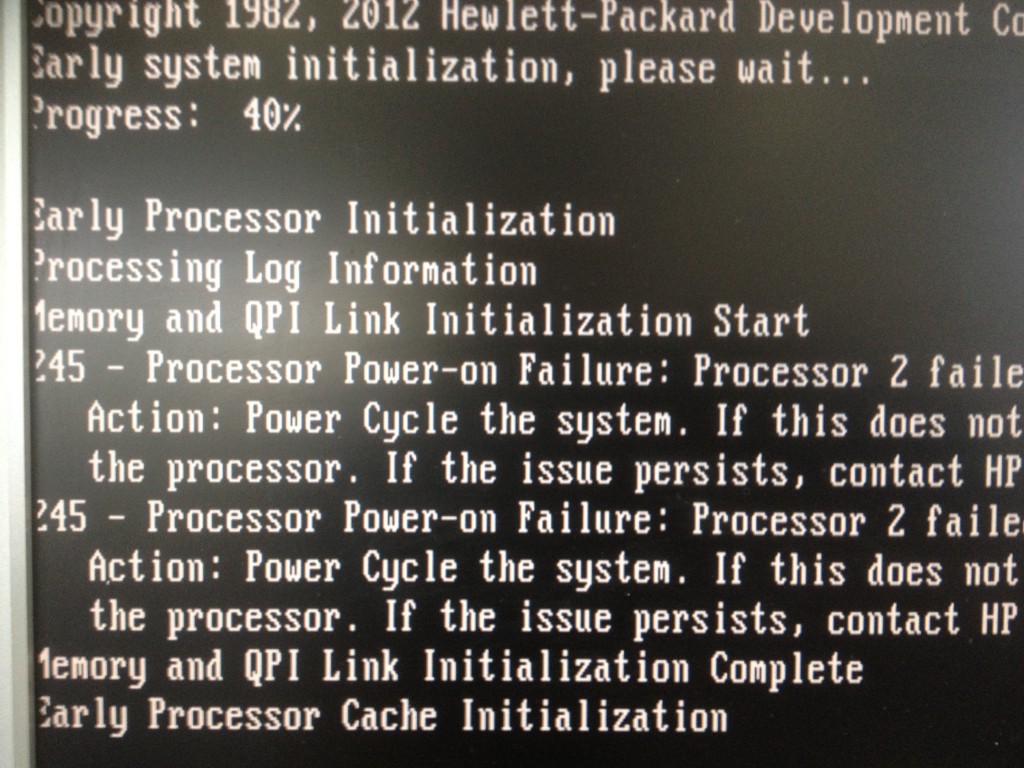 As the server was dual CPU, I swapped the CPUs between the CPU sockets, the problem did not follow the CPU, it stayed with the socket. On closer inspection of the socket I could see 1 single pin that must of been damaged during the manefacture process. See below. 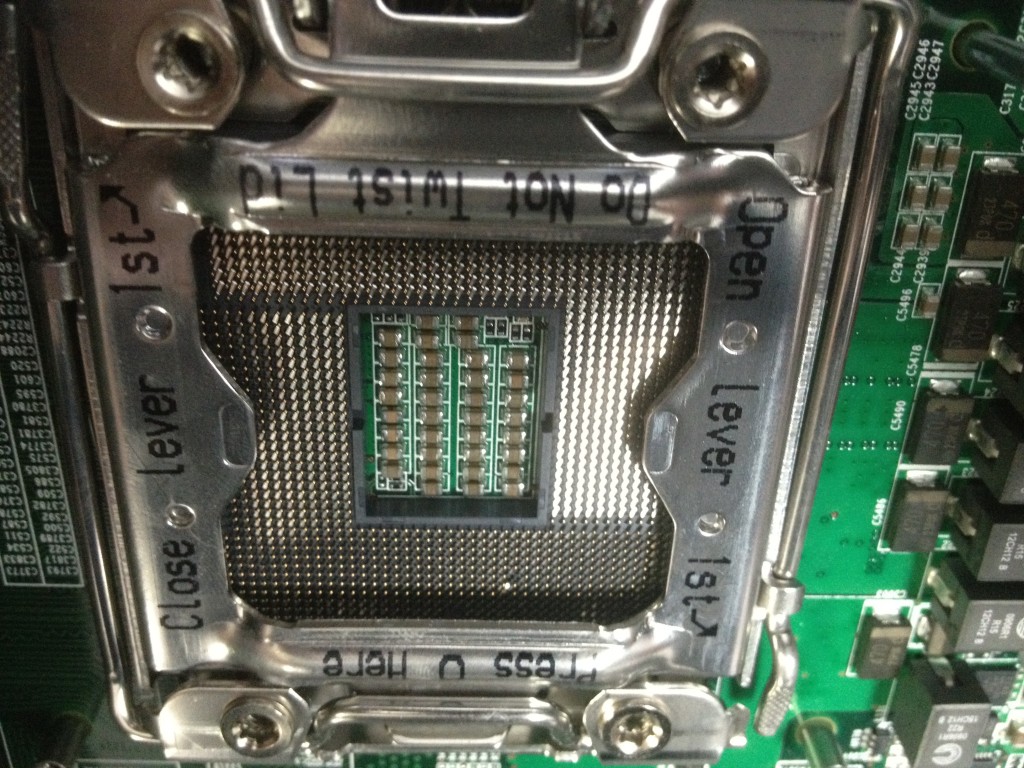