A white-list is a list of approved domains / servers that are allowed to send email to your domain no matter what they send – meaning it may have any content in the email that would normally be prohibited from entering your Exchange organization but it will still get through to the end users as these domains are whitelisted. This is useful if you want to guarantee that you always receive email from certain companies.If you would like to add a white-list to exchange 2007/2010  to bypass any spam filtering systems the follow the guide below on how to setup a white-list in exchange 2007 , exchange 2010 and now Exchange 2013.

This is a nice simple process.

Once in there we need to run the following command

That command will allow the domain “domain.com” to send emails into your Exchange organization regardless of any content or attachemnts.As you can I have whitelisted Microsoft.com on my domain.

To allow multiple domains you would need to do the following

You ca add as many or as few domains to that list as you require.

As you can see, we have only allowed Microsoft.com to be whitelisted here. 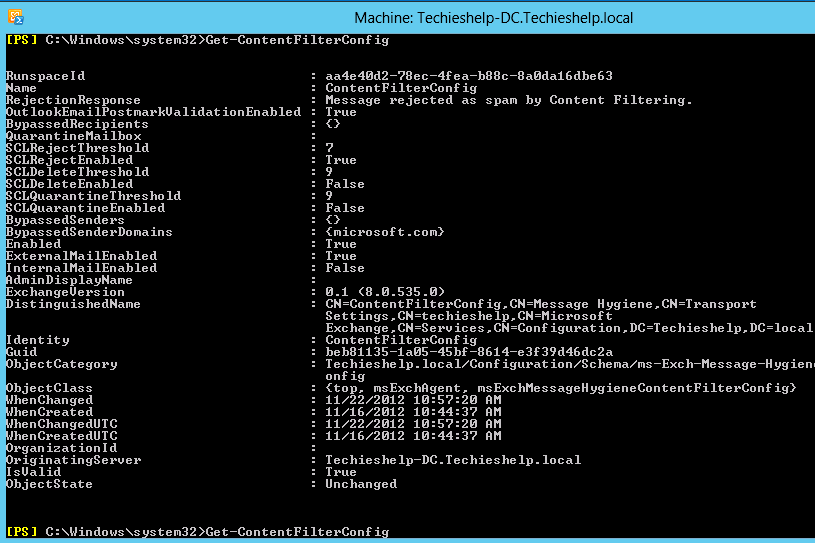 To view more extensions to this command view the official Microsoft page http://technet.microsoft.com/en-us/library/aa996791.aspx