We waited months and months for Exchange 2013 CU1 to be released, Exchange 2013 CU2 was released (twice !) in late July. Updating your Exchange 2013 from CU1 to CU2 is a simple process and ill go through it step by step here. Check out the release note also here http://technet.microsoft.com/en-us/library/jj150489%28v=exchg.150%29.aspx

As always this is a full install of Exchange 2013 so if you where installing Exchange 2013 from scratch then always use the latest update. The  media is 1.3 gig and can be found here.

Rather than copying and pasting what updates are included in the Exchange 2013 update 2 like all other sites a simple link should suffice..

Once your media is downloaded we are ready to start.

First things first, this process involves and Active Directory Schema update so the user you run the update as must be a member of the Schema Admins Group. Once the files have extracted run the setup.exe , you will first be promoted to check for updates, do so then it will go off and find any updates it needs. 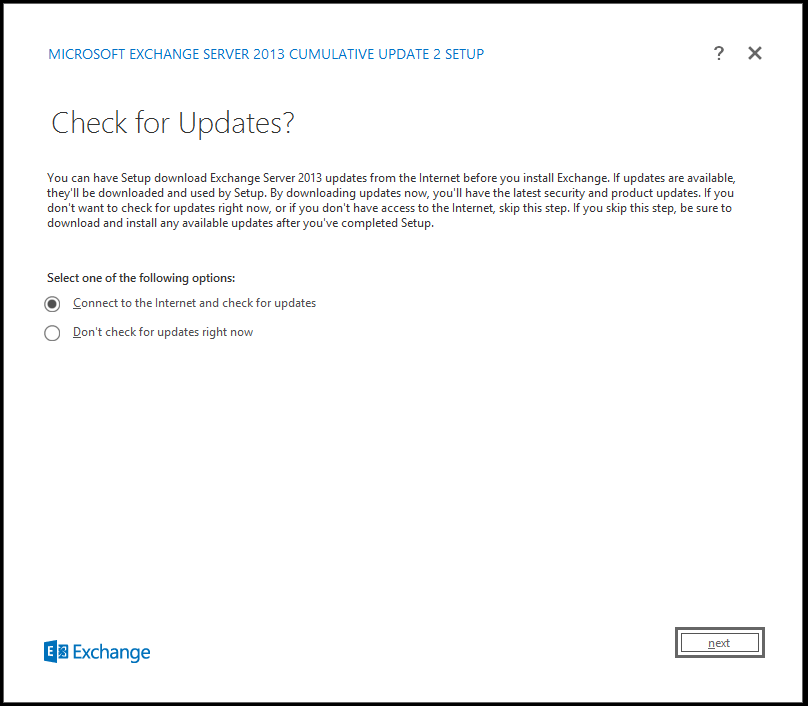 Setup will then go off and copy the files it requires to update Exchange 2013 to CU2. Then initialize setup. 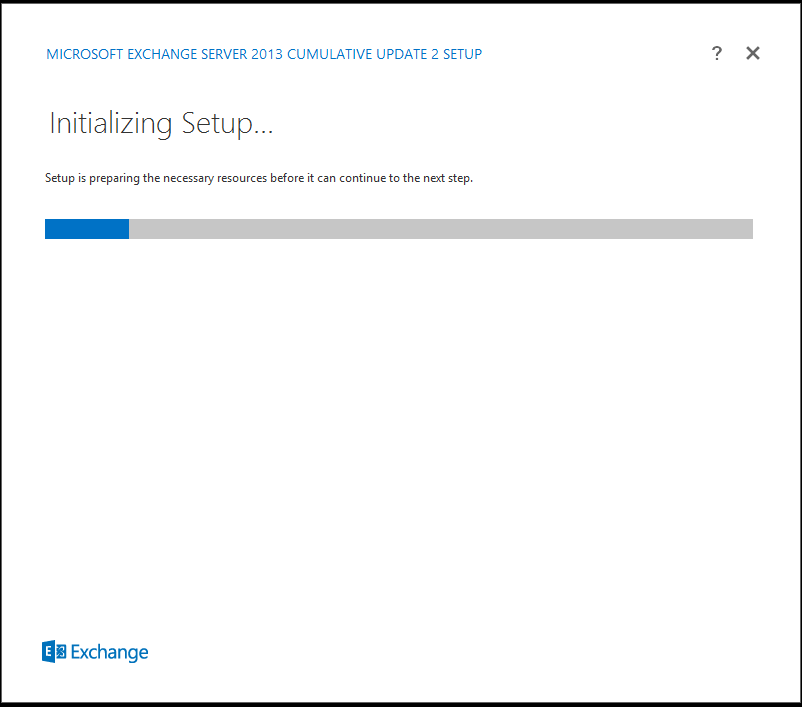 You will then be told the system is about to start the upgrade process. Accept the license agreement and Exchange 2013 will go off and make sure the system is ready for the update. During this process the Active directory Schema will be updated. This process may take some time so be patient.  Schema changes can be found here http://technet.microsoft.com/en-us/library/bb738144%28v=exchg.150%29.aspx

During this process I actually got an error with the WAS service and WWW service not starting, if you do –  take a look of that article. Now setup will go off and actually do the install of CU2, this process will take around 45 minutes, it has 18 steps.

Once the 18 steps are complete you will see the complete message. As mentioned this a really simple update to apply.