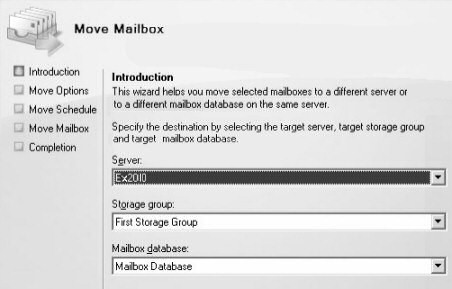 Error: This mailbox exceeded the maximum number of corrupted items that were specified for this move request.

Error: This mailbox exceeded the maximum number of corrupted items that were specified for this move request.

This is down to exchange stopping corrupt emails in the mailbox from migrating to the new store.A good idea in theory however the only other way to migrate the mailboxes would be to do a manual pst of the mailbox. Not useful when you have 1000+ mailboxes.

This can be solved by setting how many corrupt emails the exchange filter allows to be transferred to the store.

There are two ways we can do this, powershell and via the GUI.

To do this via powershell simply use the command below.

The second way is via the gui, go through the usual process of moving the mailbox between stores until you see the screen below. 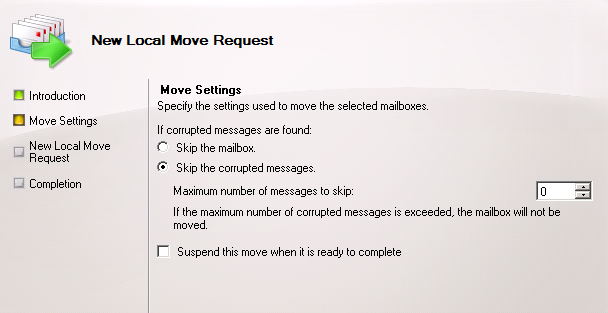 Where is says Select Maximum Number Of Objects To Keep again enter how many how many corrupt emails you would like to allow the exchange filter to allow through to the new store.