I started getting complaints that mail was going missing. I checked the mail queues to find the error below.

I expanded the Admin groups , then to the 2003 server. I then expanded to protocols, SMTP and right clicked SMTP virtual server and selected properties.I then select Access and authentication.

I noticed that authentication was only set for anonymous. This was why Exchange 2010 could not log into Exchange 2003. 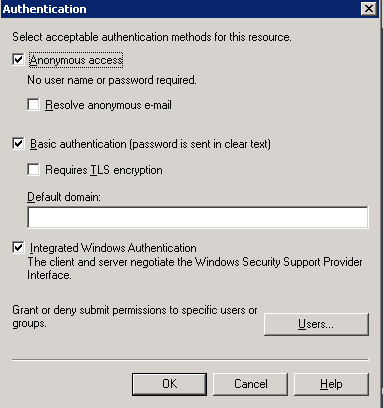 To make these changes come into effect immediately I had to ..

I then checked my queus and mail was now flowing freely.