When creating a new user is Exchange 2013 part of the process is to select what organizational Unit (OU) the the new user will reside in as seen below. 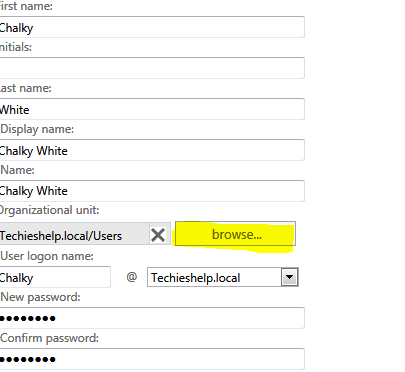 When you click browse to select the OU you may find that the list of OU`s does not populate and will eventually time out with the following error.

Exception has been thrown by the target of an invocation

If you still have the same issue after moving the DCs to the correct OU then we can specify to Exchange 2013 what Global Catalogue  server to user with the following command in Exchange 2013 power-shell. Replacing preferredServer with your Domain Controller.