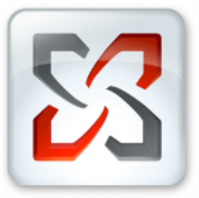 The Microsoft Exchange Transport service is rejecting message submissions because the available disk space has dropped below the configured threshold.

A client rang in saying that although they could send email out without any issues they where not able to receive email on their exchange 2007 system.This also applies to exchange 2010. A quick inspection noted that the drive that there mail.que file lived on had only a few hundred meg left of space. This was the issue, the Microsoft exchange transport service had stopped because of lack of space.In event viewer you will also see

“.We either had to clear space or move mail.que file to another drive with more spce. So first I cleared down space on the drive and sure enough the Microsoft exchange transport service started correctly and mail started to flow. 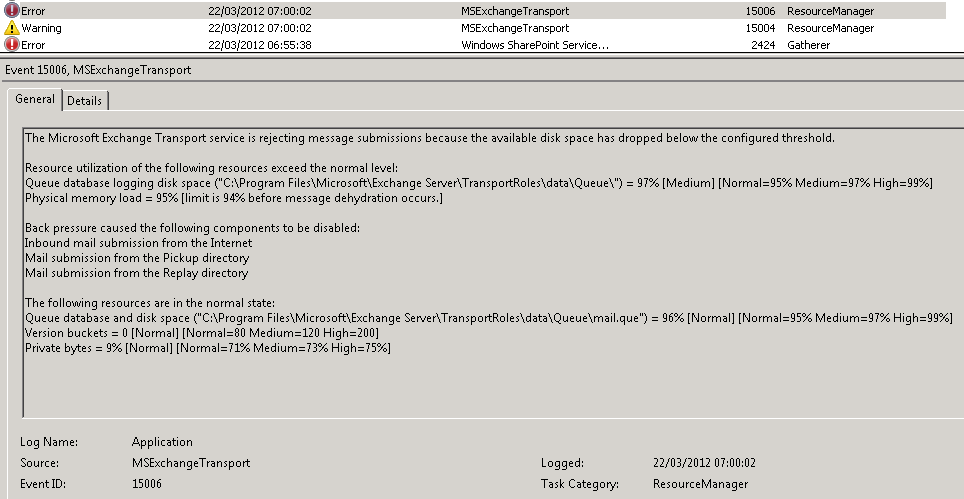 However!, the mail.que file should really have not been on the volume it was so I decided to move it. This is quite a simple process that can be done via powershell as long as you exchange 2007 install is beyond SP1 ( exchange 2010 is fine by default).To do this we use the script named

To do so launch exchange power shell, then we need to run the command as seen below.Make sure you are in the scripts folder within exchange.

Ok, to explain what happens here, the “-QueueDatabasePath” gets the current path, then you tell the command where you would like to queudatabasepath, the -QueueDatabaseLoggingPath, again gets the current path then you specify where you want the logs to be stored. This is an automated process so if you require the folders to be created it will do it for you. You will then see the process start and finish, once done email will the start to flow again.