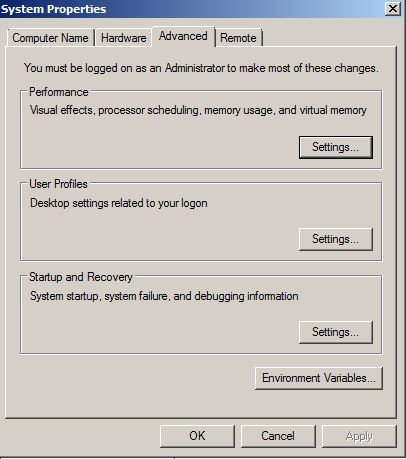 Had this issue yesterday, Server 2008 R2 , running remote desktop services and citrix. The client was only licensed for outlook 2003, so on it went. What happended was 9/10 times when click outlook 2003 the below error would pop up with an option to close and an advanced error section.

unable to open default email folders, the information store could not be opened

Then under the advance error there was further information..

After having a good old rake around and service packing etc etc, I eventually found this solution.

DEP, thats what was breaking it. So first what is DEP..

So now lets get outlook to be ignored by DEP.

Ill show instructions for 2008 but they are in the same place for server 2003.

Right Click on computer and then select Advanced system settings. the system properties box will appear, select the 3rd tab named Advanced. You will see the screen below.

Its the just a case of setting Turn On Dep for all services except the applications I select. So browse to the outlook.exe and select it. Then DEP will not check this file. 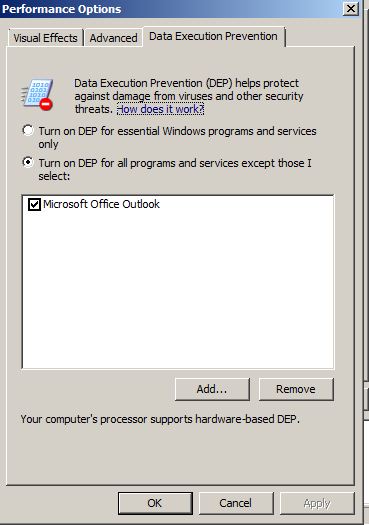